Sidewalk Labs was asked to create a vision for a 12ish acre piece of criminally underused land on Toronto’s waterfront. What they came back with is truly amazing or absolutely terrifying, depending on how you see it.

They plan promises affordable and sustainable loft housing made of (gasp) wood. This new area would also be home to innovative and lucrative jobs, while we’re all whisked around the area on a new transit system that’s enough to make today’s Go Train or TTC commuter drool. We could walk anywhere and spend more time outdoors, and get to know our friendly neighbours.

However, a closer look at their 1,500-page plan/ opus reveals a lot of high-level questions that still need to be answered, with some pretty massive concerns about what they’ve proposed.

So far, the plan has been very divisive and polarizing. Torontonians are either ready to sign a petition to keep Sidewalk Labs out, or sign up for the waiting list for one of those lofts.

We love Toronto. We’re proud to live in the city and operate a business here. We’re also an SEO firm in Toronto and web design agency that talks about Google all-day-every-day. So, you could say that we have a vested interest in how this all plays out, and we’ve been watching the headlines carefully.

Here is a look at both sides of the issue.

Earlier this summer, Sidewalks Labs unveiled their massive proposal called, Toronto Tomorrow: A New Approach for Inclusive Growth. We call it massive because it is 4 volumes and over 1,500 words long, and because it represents one of the most ambitious plans for any city in history.

They were basically asked to come up with a plan to repurpose and revitalize a 12-acre parcel of Toronto’s lakefront. However, that is just Phase 1of their proposed plan.

Their vision would see a 20-acre Villiers West site become a new expanded Google Canada headquarters, with some new residential and commercial properties as well. Next, they would set their sites on a 190-acre area of Toronto’s waterfront that they would turn into the Innovative Development and Economic Acceleration (IDEA) district.

Keeping in Google’s “Do No Evil” motto, here is some of the good that the plan would set out to do,

Approximately 2,500 of those new positions would be manufacturing jobs “catalyzing the mass timber industry through a new Ontario factory.”

At the same time, affordable housing is a benchmark of the plan, with 40% of the housing proposed being rented at below-market rates. Another 20% meeting the traditional definition of affordable, which is defined as being offered at or below 100% of the average market rent for the given city.

They have also allocated 5% of their units to meet the definition of “deep affordability,” which means they are up to 60% of average market rent.

However, it’s important to know that these units will be… “cozy.” The proposal has touted that the Quayside condo of the future would come in both efficient and ultra-efficient units. Today’s average 1-bedroom apartment/condo in downtown Toronto hovers around the 450-500 square feet mark, including a balcony. It will be interesting to see how these units are sized.

They say smaller and more efficient units will, “Enable affordability while remaining livable through thoughtful design features, such as space-saving furniture, shared building amenities, and access to off-site storage space with on-demand delivery.”

Affordable housing is a huge issue for people who want to live and work in Toronto. The most recent numbers point to a 1-bedroom apartment in Toronto now costing an average of well over $2,200, while a 2 bedroom would cost you much closer to $2,800.

That’s a 14% year-over-year increase, and these numbers have been going up for the last few years. One wonders what the market rates will be by the time this plan is approved and the new apartments are actually built in a few years.

Sidewalk Labs have also made walkability and mobility a huge part of their vision of the future.

They have proposed to build a neighbourhood where more than 3/4 (77%) of all trips are made by public transit, cycling, or walking. They added that this would save households up to $4,000 a year.

They want to do things like build “people first streets” that increase pedestrian street space increases by 91% and offer new mobility services such as:

The area would also have adaptive transit lights that give priority to pedestrians.

Sidewalk Labs also envision an area where we can all walk outside and enjoy the weather, up to 35% more. They propose this by building things to keep crappy weather out, with an “Outdoor-comfort system.”

Their proposed outdoor-comfort system would have:

We will be the first to say that the wind comes right off the lake during Toronto’s winters. The damp and cold winter winds seem to go right through you, even if you’re wearing Gortex, Canada Goose or The North Face. Toronto’s winters are no joke, and possibly why we lost Kawhi Leonard to Los Angeles.

But, their weather-blocking measures remind us of that time Mr. Burns wanted to block out the sun.

That could just be us, though.

The Reaction to the Sidewalk Lab’s Proposal For Toronto

Something this massive is always guaranteed to garner a mixed bag of reaction from anyone in the GTA with a Twitter account.

The supporters are applauding the ambitious effort to turn Toronto into the world-class city of the future we all see it as. The proposed plan would pump some much-needed jobs and money into an underused part of the city, potentially turning it into a waterfront crown jewel that all other cities across the globe are insanely jealous of.

However, the detractors have 4 main concerns:

Here is a closer look at each.

We live in an age where the average person freaks out when they see a MEC ad in their Instagram feed the same day they visit the MEC website. People are hypersensitive towards data privacy these days and Sidewalks Labs’ talking about ‘collecting urban data’ has been met with a visceral reaction from many.

There has been a predictable amount of freaking out over this so far. After a public meeting, one attendee said, “In an ideal world I’d be in favour of data collection in Quayside if there were enough protections… But Google has a history of breaking public trust.”

However, that man asked not to be named in the story, and added he doesn’t have a smartphone or a bank account. So… you know. He might be more concerned with privacy than you or me.

In response to these (and many other) concerns raised by the people of Toronto, Daniel L. Doctoroff, Chief Executive Officer of Sidewalk Labs, penned a piece in the Toronto Star called, “Sidewalk Labs plan sets a new standard for inclusive urban growth.”

Of course, the words ‘government-sanctioned’ did not exactly put the critics’ fears to rest. Many of these people wouldn’t feel comfortable with Google or our government safeguarding their sensitive data.

The words ‘de-identification and privacy-by-design principles’ also didn’t do much to quell any fears. There are many who believe that AI and quantum computing technology will effectively make de-identification impossible in the next few years.

It’s understandable, as Google has had a long history of questionable data collection and sharing practices, and widespread data security criticism for every product that they offer, from Maps to Chrome.

Despite that, Sidewalk Labs insists that protecting private data will be a top priority for this development. They have stated that the feedback from the public has inspired them to set:

“A new standard for data privacy and governance in cities, and scaling back the role of Sidewalk Labs so local third parties can lead most of the real estate and technology development.”

Sidewalk Labs would even like to create an independent, government-sanctioned Urban Data Trust. Again, this was not met with an overall sense of relief, as right now there is no legal definition of what urban data even is. And many do not trust the government’s ability (nor their trustworthiness) to operate such a trust.

However, it will be hard to garner trust as the company keeps making headlines for all of the wrong reasons.

It’s hard not to be taken aback by the sheer size of what’s being proposed. It’s also worth noting that something that started out as a project to revitalize fewer than 13 acres of land quickly escalated into a plan to transform most of Toronto’s eastern lakefront property.

This project would have raised questions of gentrification no matter what, even if they had just stuck with the original land parcel. After all, we’re talking about the biggest brand name in the world coming in to “improve” a historic and under-developed part of town. This always brings up questions like:

However, Doctoroff has stated that, “This plan proposes a limited role for Sidewalk Labs with government in the lead. Working with local partners, Sidewalk Labs would develop less than 7 percent of the eastern waterfront.”

There is also a concern that this section of Toronto will quickly become ‘Googleville,’ while it pushes public interests aside and keeping all of the money for itself.

Doctoroff also addressed this in his Star piece, saying that, “Sidewalk Labs and partners would provide up to $1.3 billion in funding and financing.”

“We propose to make money on real estate development, fees on advisory services, charges on any optional financing provided, and a performance payment for hitting agreed-upon targets. Much of this would come only after public goals are achieved.”

They have also proposed 10% profit sharing with governments for 10 years for some technologies developed for and used in the IDEA District.

Like many people in Toronto, we’re adopting a ‘wait and see’ mentality when it comes to this development. We are huge fans of Google and see what an amazing opportunity this is for Toronto, particularly those of us who work in the technology sector.

There are a lot of things in the proposal that make us want to pinch ourselves because they sound so amazing. However, there are still a lot of unanswered questions that will be addressed as the proposed plan moves forward.

Will the IDEA District be the next head office for SEO Toronto? Only time will tell. 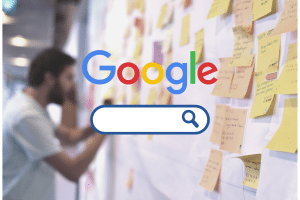 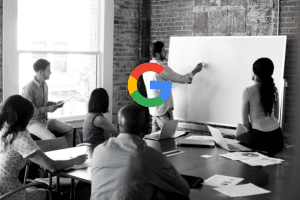 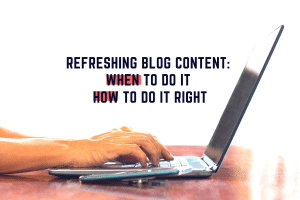 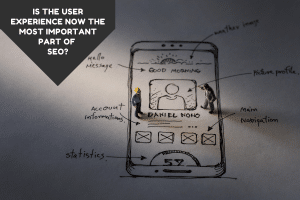 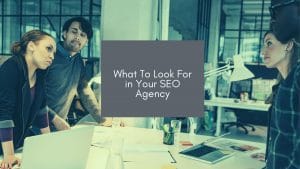 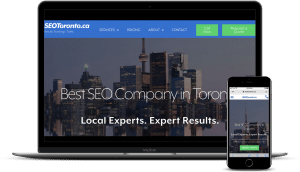