Google recently said that they made over 3,200 changes to their search algorithm last year.

To give you a little bit of perspective, James Harden led the NBA in scoring with 2818 points. So, Google changed more frequently than Harden scored.

Could you imagine having to change your digital marketing strategy every time James Harden scored? Well, changing it after each Google update doesn’t make much more sense. You can drive yourself mad and sabotage your results by constantly chasing Google’s algo. At our SEO agency, we’re firm believers in what John Mueller has advised us all to do. 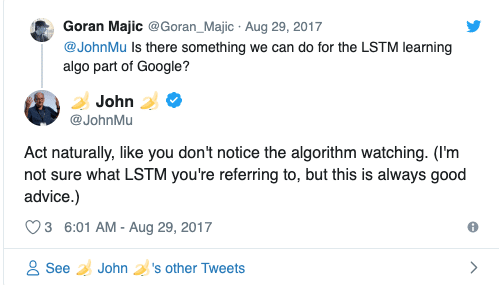 We take pride in being the best SEO firm in Toronto. This means we are plugged into the world of SEO news and updates all day long. It’s what our employees read about on the way home and talk to their friends about, because we’re simply unabashed SEO nerds.

We stay on top of algo updates, but we don’t change the playbook every time something happens.

If you’re doing the right things (the white hat things, basically), that means you’re creating good content, and organically earning links. That is basically the perfect utopian internet that Google wants to see. Every single update they do is another step forward to their algo rewarding companies that do the right things, while weeding out the rest.

As I’ve said before, right now, the algo makes more sense than it ever has.

If you’re publishing quality content, optimizing it the right way, and earning organic links to it, you are basically future-proofing your SEO success. You’re algo-update-proofing them.

An update is not going to arrive and pull the rug out from under all of the keywords you’re ranking well for. However, if you’ve taken some shortcuts over the years, you may be holding your breath with each update.

With that in mind, here are some of the biggest updates we’ve seen to Google over the last 12 months, and what they have meant to businesses and marketers. 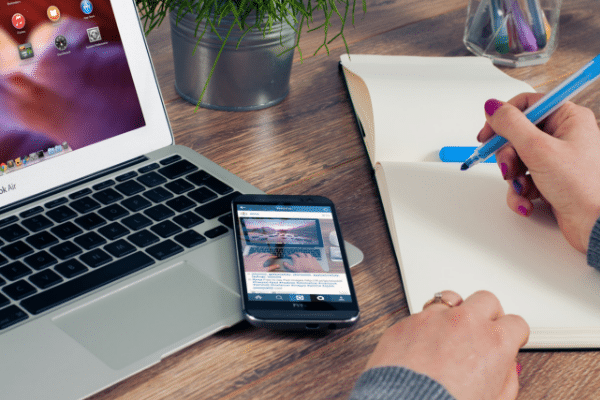 There was a July deadline that was a bit misunderstood by some people. First of all, that July 1st deadline was NOT the official launch of mobile-first indexing by Google. Mobile-first has been slowly rolled out by Google since back in 2016.

The July 1st deadline was actually the date where mobile-first indexing was the default for all new (meaning not previously crawled or indexed by Google) sites from that day on.

This meant that if you were building a new site that was scheduled to go live after July, you had better make sure the mobile site was optimized. It’s 2019, so hopefully you were already going to do that. If you weren’t, we need to have a serious talk. Call me, like now.

If you had an older site that didn’t have a mobile-friendly site, odds are good that Google would have reached out to you via Search Console to let you know that you needed to change XY or Z for mobile-first indexing.

Was mobile-first indexing the biggest update Google has rolled out in years? Yes. But it was rolled out slowly and systematically over the last few years. When they announced it in 2016, SEO people like us said, “Ok, $#!% is going to get real.”

But it’s been getting real for about 3 years now.

The big announcement 3 years ago served as an internet-wide notice that your mobile site is now just as important as your desktop site. Mobile-first indexing meant we all had to shift to mobile-first planning.

It’s good they gave us so much time to adapt because this was a significant shift in thinking for many. In 2016, if you had an online store or e-commerce page, you probably designed your mobile site concurrently with your desktop, because you expected a lot of purchases from mobile devices.

You wanted a frictionless buying experience that was “Tap, tap, ‘Buy,’ confirmation page.” There was no room for “Tap, tap, buy, whoops I hit ‘See More’ by mistake because the buttons are too close together on a mobile screen.”

That would lead to a lot of shopping cart abandonment, so your mobile site was crucial for your SEO and your CRO (conversion rate optimization).

But if you didn’t sell anything on your site in 2016, your mobile experience was probably an after-thought. That can’t be the case anymore.

Key Takeaway: Even if your users don’t look at your mobile site first, Google will.

Not only does your mobile site have to be optimized, it also has to be fast.

In July of 2018, Google rolled out the mobile page speed update. Most SEO’s assumed page load speed was a factor in mobile ranking (and desktop too, for that matter) but this made it official.

Google stated in their blog, “The ‘Speed Update,’ as we’re calling it, will only affect pages that deliver the slowest experience to users and will only affect a small percentage of queries.”

They did also add that a slower page may still rank well, if the content is found to be highly relevant.

They also provided a mobile experience tester for webmasters and business owners to see how their mobile site measures up.

We’ve always known that faster is better. Quick load speeds help your CRO and your SEO, on both your mobile and desktop experience.

But, with this update, Google confirmed that speed is a major factor in your mobile’s SEO, and showed us how speed impacts your bounce rate: 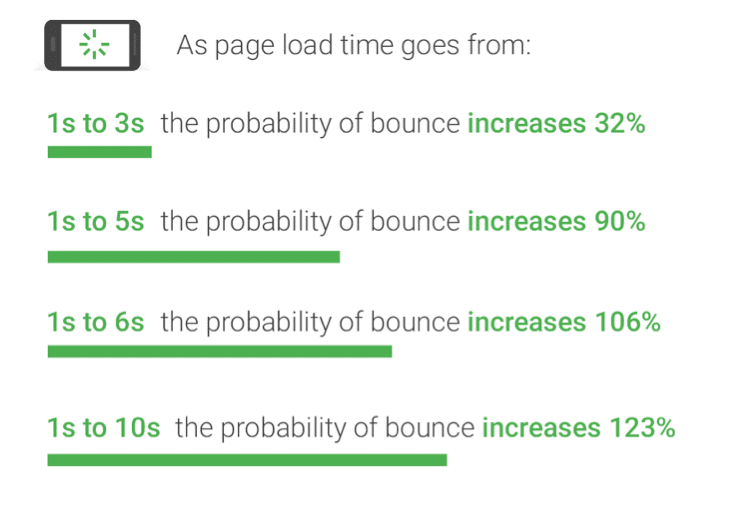 In August of 2018, Google announced a “broad core algorithm update.” But what did it involve?

Nobody really knew and Google wasn’t going to tell us. Google is notoriously tight-lipped about the finer details of their algo, and only give us the information that they want us to have without ever being too specific. 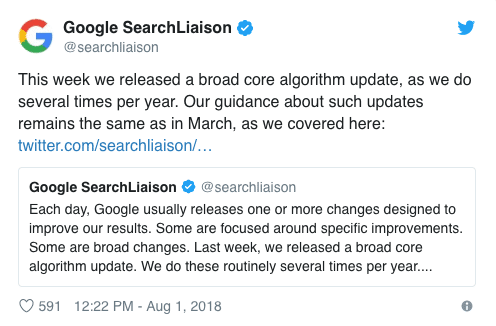 Imagine KFC was announcing that they were changing one of the herbs in their secret 11 herbs and spices recipe.

Reporter: “Can you tell us which one?”
KFC: “Well, doing that would give you clues into what the rest of the secret is. So, no.”

This was a tough one to lock down. We didn’t notice any significant changes.

However, the updated was dubbed the “medic update” by some in the SEO community. Search Engine Roundtable posted a survey asking how the update’s impact. 42% of the respondents were in the ‘medical, health, fitness, healthy lifestyle space’ answered that had some sort of impact. Hence the informal title of “medic update.” 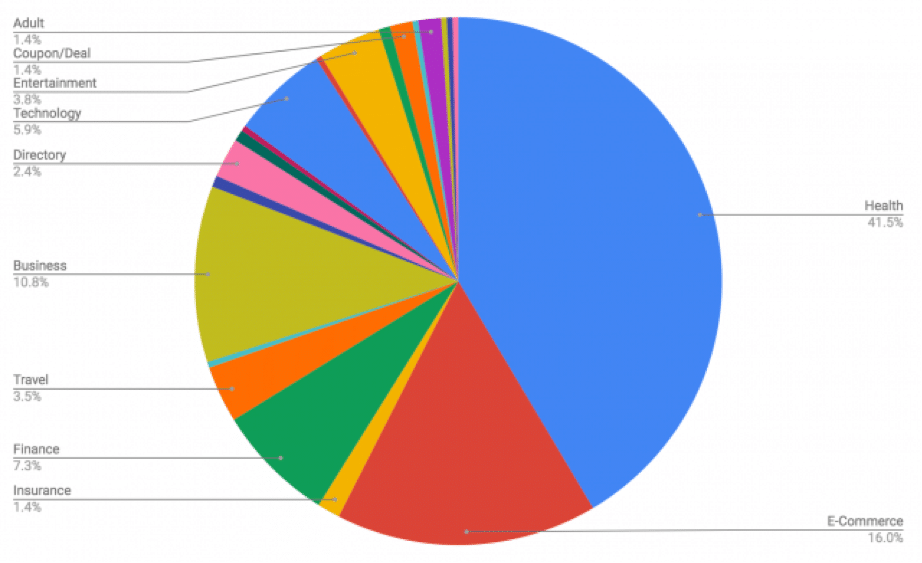 They responded by saying “remain focused on building great content. Over time, it may be that your content may rise relative to other pages.” 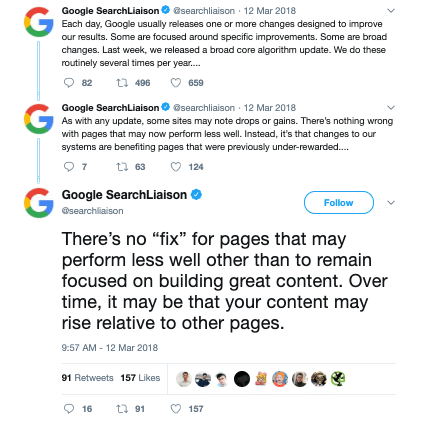 While this was a frustrating non-answer to many people who just saw a drop in ranking and traffic, it does line up with what we believe: Keep creating good content and earn organic links and you will update-proof your web presence.

Google is not completely shrouded in mystery. Recently they were quite transparent and open about issues and bugs in their indexing and Search Console.

What happened? Google admitted that they had “temporarily lost part of the Search index.”

In an attempt to push an update live, a malfunctioned removed “small number of documents” from the index. This means some sites disappeared from the index, which means you could have gone from page one of the SERPs to nowhere to be seen.

Google’s techs quickly found the issue and reverted to their most recently saved files. However, this took just shy of a week to detect and fix, which means some companies were missing from the SERPs and lost a week’s worth of traffic to their competition.

The above indexing issue bled into search console as it was incorrectly reporting and displaying inaccurate results.

The Search Console database paused reporting for April 15th-30th while Google fixed things. This left a number of marketers without the data they needed for month-end reporting and other marketing activities.

It meant that Google is not perfect and doesn’t pretend to be.

This was a slightly-uncharacteristic and borderline refreshingly open response to issues they had. Which is a great sign, because everyone who works in SEO craves data and transparency.

Google also provided the best ways to report a bug or issue:

Key Takeaway: If you have an issue with Google, don’t waste your time trying to get someone on the phone.

This was another quizzical update, with a lot of chatter in the SEO community and almost nothing said from Google.

SEO pros and pundits saw their screens light up with unexplained fluctuations across the board in July of this year. These fluctuations remained just as unexplained when they were brought to John Mueller’s attention.

He stated that, “I don’t have any update news. I saw a lot of blogging and tweeting on updates, so I don’t know what is specifically happening there. I don’t know. We will see. I haven’t chatted with Danny (Sullivan) about that. So, not quite sure.”

Ok, no answers there.

With no official word from Google, the update was unofficially dubbed “Maverick,” mainly because the trainer for Tom Cruise’s Maverick dropped online that same week. And to be honest, the trailer does look amazing.

SEO companies had nothing to draw from besides their own proprietary data they were seeing across their own site. For example, Barry Schwartz of Search Engine Land wrote that, “the general consensus was that this was a weird update and hard to find patterns with. Even when comparing it to previous core updates, this one seemed different.”

To be honest, this is a really good cautionary tale and case study for why you never chase the algo. If you lived and died by reacting to fluctuations, this update would have literally killed you.

Again these are only a few of the updates Google made over the last 12 months.

You probably don’t have time to keep track of all of these changes, nor take them apart and determine what they really mean. You’re better off hiring SEO nerds like us to stay on top of them for you.

As you read above, Google is not exactly overloading us with too many details about each upcoming or recent update.

They very literally have to play their cards close to their chest to protect the integrity of the entire internet. If they ever came out and said “You need to do exactly XY and Z to rank #1” it would create total chaos. Every marketer and business owner would do it at the exact same time and it would be impossible to actually rank. Google would immediately have to issue another update to fix the mass damage done by the last one.

This is why they give us vague, and often cryptic, details about any changes that have been made, and it’s up to the SEO community to test out what works and what doesn’t to draw our own conclusions.

Of course, we have our own theories and methodologies for what works in today’s world of SEO. If you want to ask me about them, feel free to contact us any time.

Visit our social media pages and remain updated on anything and everything SEO related. We look forward to transforming the growth of your business.